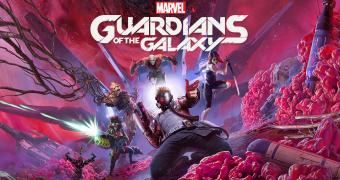 It’s no secret that Marvel’s Avengers was not met with outstanding enthusiasm, even after several updates remaining a deeply flawed experience. After a plethora of not very flattering words, among them greedy, Square Enix made another pass at making a successful superhero game. Is Marvel’s Guardian’s of the Galaxy a crowd pleaser or rather a half-baked plan that Star-Lord would cook up?

The Marvel universe exploded in the last decade converting into fans a lot of people that before wouldn’t even look at comic books. Riding this wave of popularity Marvel’s Guardians of the Galaxy, developed by Eidos Montreal tries to convince us that not Sony can make quality video games starring superheroes – or rather a band of misfits incorporated into the Gardeners of the Galaxy.

The new game is faithful to the source material, oozing a peculiar sense of humor created by the various tensions among the team members, a soundtrack that is full of earworms and a story that flies… (read more)
Source: Softpedia News