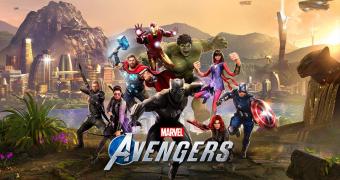 Marvel’s Avengers received mixed and average review from critics, yet fans of the universe did jump on Crystal Dynamic’s action role-playing brawler to see what’s it all about. Unfortunately, the many issues of the game such as repetitive gameplay, lack of content and bugs led to a massive drop in player base soon after launch.

Now, the game is getting a second chance at redeeming itself, as Microsoft has just confirmed Marvel’s Avengers will be coming to Xbox Game Pass on September 30. Not only that, but developer Crystal Dynamics announced that Xbox Game Pass subscribers will get access to all previously released free content, not just to the base game.

Based on that statement, Xbox Game Pass members can experience the full game and four-story campaigns that showcase one or more Hero’s unique abilities, as well as the Avengers Initiative, the game’s evolving online multiplayer world that lets players and up to three friends play as any Hero from the roster and em… (read more)
Source: Softpedia News