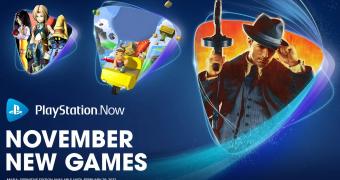 There isn’t a headliner this time since most of the games coming to PlayStation Now are cult titles, not to mention that they’re of different genres. First off, we have Mafia: The Definitive Edition, the remaster that faithfully recreates the organized crime epic with expanded story plus gameplay and visual improvements.

It’s important to mention though the PlayStation Now subscribers will only be able to play Mafia: Definitive Edition until February 28. The good news is the rest of the PS Now titles announced this week will remain playable even after that date.

Next in line, we have Final Fantasy IX, the 2000 RPG that has Zidane Tribal, a thief who kidnaps a prin… (read more)
Source: Softpedia News