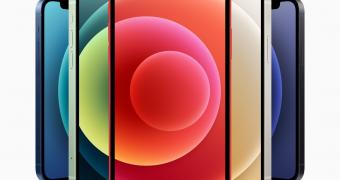 An iPhone owner has decided to go to a legal war with the company that built this smartphone after the was turned out when he asked for repairs under warranty.

More specifically, BI highlights the case of someone called Theodore A. Kim who purchased an iPhone 12 in Vietnam but then couldn’t use it in the United States.

So when he arrived in the States, he reached out to Apple for support, with the company instructing him to go to an Apple Store. The staff, however, refused to fix his iPhone because it’s been tampered with.

At least, that’s what the engineers told him, as the man says he never tried anything that would void the warranty on his iPhone.

Kim even wanted to pay the repairs, but the Apple Store staff refused, eventually giving his iPhone 12 back and letting him struggle with the problem he reported in the first place. But as it turns out, this was… (read more)
Source: Softpedia News