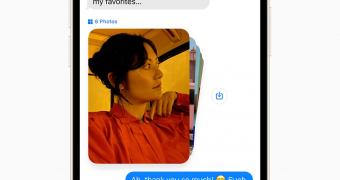 Apple has recently released iOS 15 to all supported iPhones out there, and just as expected, the improvements included in this update are pretty big.

But on the other hand, such a massive release always comes with more subtle refinements that many might don’t even know they exist, and in the case of iOS 15, the new drag and drop between apps is certainly part of this category.

Because yes, beginning with iOS 15, you can simply drag and drop content between apps, and Marcos Alonso, an Apple designer, has demonstrated how the whole thing works in a tweet this week.

Everything is as intuitive as you’d expect it to be, though on the other hand, it requires two hands because you need to keep one finger always on the screen to move the content you selected between apps.

How the drag and drop works

Once you figure out how to use it, however, the drag and drop feature comes in really handy, especially if what you want to do is share photos with some of … (read more)
Source: Softpedia News