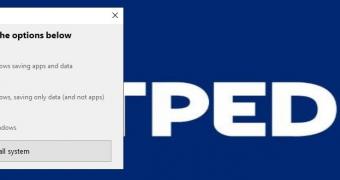 One of the most controversial things about Windows 11 is the updated set of system requirements, as Microsoft says that only new hardware would be able to take full advantage of the improvements that are part of this release.

And while insiders claim otherwise, as some unsupported PCs ended up running Windows 11 preview builds just smoothly, Microsoft has implemented a set of restrictions that make it harder to install the new operating system on ineligible devices.

This is why the release of Windows11Upgrade comes in so handy. In essence one of the many apps letting you to install the new operating system on an unsupported computer, this free app allows you to move to Windows 11 just like you’d do the same thing from Windows 10.

In other words, you’re allowed to choose if you want to perform an upgrade and save apps and data, install Windows 11 by only savin… (read more)
Source: Softpedia News

NVIDIA has made available a new STUDIO graphics package compatible with several of its video cards, namely version 472.47,... read more