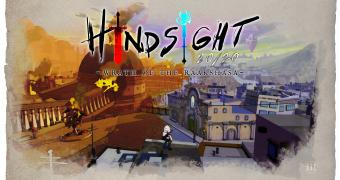 Can the killer of one’s father be redeemed, or does he need to die as quickly as possible? Should one always tell the truth or is it better to make sure that some people are protected from it? Who is a good candidate for stunning and who should get the real edge of a blade? How many choices can a game deliver before it feels like the main character is the only one in the world with any agency, breaking all immersion?

Hindsight 20/20: Wrath of the Raakshasa is both developed and published by Triple-I Games. I got it on the PC using Steam, but it is also available on the PlayStation 5, the Xbox Series X, older consoles from Sony and Microsoft as well as the Nintendo Switch.

The protagonist is Jehan, and he starts out having to carry the trauma of losing his father, seeing his home destroyed, and losing people to the zombie-like Raakshasa plague. As the name of the game implies, he gets a chance to go back in time and make things right, although this is harder than it… (read more)
Source: Softpedia News