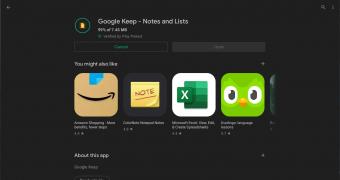 Microsoft has started allowing insiders in the United States to try out a limited number of Android apps on their Windows 11 devices, as the company still wants to collect more feedback because widely rolling out this feature to testers out there.

Developer ADeltaX has revealed on Twitter that they found a way to install Google Play services and the Google Play Store on the Windows Subsystem for Android, essentially paving the way for the moment when pretty much any app would be available on Windows 11.

While the project has been detailed on Git… (read more)
Source: Softpedia News