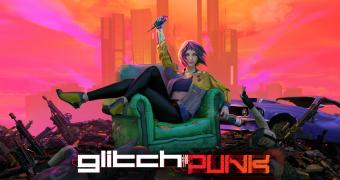 My android delivers one shotgun blast to the face of one policeman before making a run for it, trying to get a motorbike and put some distance between her and the law. Unfortunately, another two enemies cut me off and after an extended firefight I end up outside a hospital. Time to get a gun and try again.

Glitchpunk is being developed by Dark Lord and published by Daedalic Entertainment. The game is offered in Early Access via Steam and the plan is to keep the creative process going for about 6 to 8 months before a full release.

The title puts players in the futuristic boots of an android newly arrived in a city who has to take on the worst violence-focused jobs in the area. Get a gun, get some meds, maybe spend some money on augmentations, and then go kill someone in the city. The top-down perspective is very close to early GTA and there’s fun to be had by sowing chaos and trying to deal with the consequences. But the game cannot yet deliver on its promise.

Sony is adding new titles to its PlayStation Now every month, and October is no exception to the rule.... read more