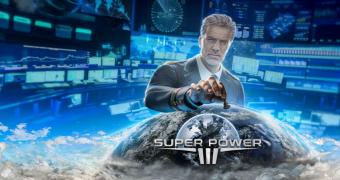 Grand-strategy fans rejoice! THQ Nordic and GolemLabs have just revealed the third installment in the SuperPower series. Aimed at players who believe they could make a better job at running the world, SuperPower 3 requires advanced strategic and managerial skills.

For the first time in the history of the series, the game features modern visuals, game mechanics built with depth from the ground up and a better onboarding for new players. So, if you’re a newcomer to the series, expect the complexity of the game to unfold as you progress.

SuperPower 3 offers a mix of strategical and managerial elements. According to developers, this is “the most complete and accurate geopolitical simulation game to date.” Besides the fact that it will feature enhanced visuals, the game includes present day military hardware and technology, as well as an improved AI technology.

More importantly, players can choose to play when and how they see fit. SuperPower 3 lets you play any nation… (read more)
Source: Softpedia News