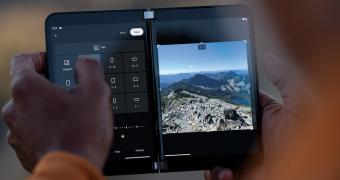 Microsoft has released the very first Surface Duo 2 update after the device started shipping to customers in the markets where it’s available.

The Surface Duo 2 is therefore being offered firmware update version 2021.827.34, though according to the official changelog, there’s not much to be excited about.

Microsoft says the update includes improvements for the stability of the device, so if you previously encountered minor issues on this front, there’s a chance they’re gone now after installing this update.

The Surface Duo 2 is a massive upgrade over the first generation, especially in terms of hardware, as the device now runs on a proper high-end processor and sports a more capable camera.

Power now comes from a Snapdragon 888 processor, and the Duo 2 boasts a triple-camera configuration that makes so much sense for a device whose pricing starts at $1,500.

But while in terms of hardware the Surface Duo 2 is a substantia… (read more)
Source: Softpedia News