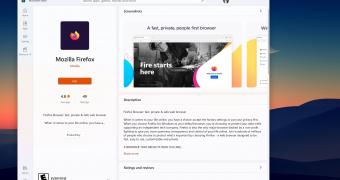 Mozilla has recently announced that Firefox is now available on Windows 11 from the Microsoft Store, with the browser coming with the full feature lineup as its standard sibling.

With the release of Windows 11, Microsoft has lifted plenty of Microsoft Store limitations, including several aimed at browser makers.

The company now allows developers to bring their browsers to the Microsoft Store without any changes required for the engine. In other words, browsers can stick with their very own engines, unlike on other platforms where they must use the native browsing engine.

And this change was received with much enthusiasm by browser developers out there, including Mozilla.

The browser is already live for users

The Firefox maker applauded Microsoft for its updated policy, and this week, the company officially released its browser in the Microsoft Store for Windows 11 users.