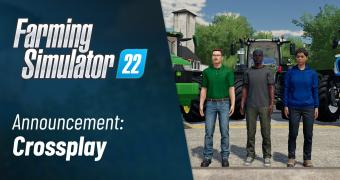 GIANTS Software revealed today that the next installment in the Farming Simulator series will feature cross-platform multiplayer support. Although Farming Simulator is typically a game that most of us plan to play solo, there are times when you wished you’d be able to invite your friends to farm together.

Farming Simulator fans have been requesting this specific feature for quite some time, so we’re happy to report that the folks at GIANTS Software finally managed to implement cross-platform multiplayer in their upcoming game.

“The successful implementation of crossplay marks a major advancement for the multiplayer experience in the now self-published Farming Simulator series. With the series becoming more and more popular around the world, and the fan base growing on PC and consoles alike, we can now connect virtual farmers without restrictions. Cooperative farming evolves!” said Boris Stefan, Head of Publishing at GIANTS Software.

Microsoft has released a new set of cumulative updates for Windows 10 devices, this time as part of the... read more