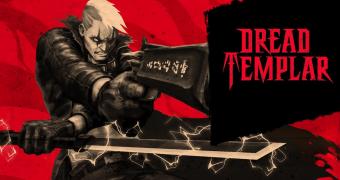 Katana chopping deals with two close-up enemies before I get shot by a ranged skeleton. I drop him using my dual pistols and push forward. A grenade thrower peeks around a corner but is easily taken down by some solid shotgun action. I know there’s a bigger arena ahead of me and I wonder whether I should try to shoot my way through it or find a way to conserve ammo and switch to katana action.

Dread Templar is being developed by T19 Games and published by 1C Entertainment. At the moment, the experience is offered in Early Access on Steam, with a full release currently planned for 2022.

The game is [part of a range of modern takes on classic first-person concepts. Players need to move fast, think quickly, and juggle a range of options to get keycards and clear levels. From the start, players have access to both a pair of katanas for close-quarters combat and a pair of pistols for medium-range engagements. The swords can also be combined and thrown for a powerful att… (read more)
Source: Softpedia News

What started as a rumor last week proved to be true today, as Sony has just revealed the PS... read more