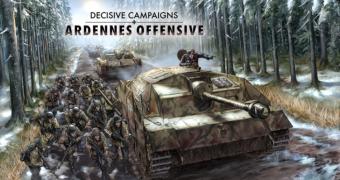 Running a massive military operation is incredibly hard, even in the video game space. Can a commander simply push forward, relying on the force of his regiments and his artillery support to deal with strong points? Is careful recon doubled by airstrikes and maneuver the best way to reach an objective? Should I spend precious PP to boost an armored spearhead or is it better to get some extra troops and supplies?

Decisive Campaigns: Ardennes Offensive was developed by VR Designs and published by Slitherine. The game is available on the PC and offers a combination of classic and modern wargame mechanics with some impressive historical elements.

The action is set, as the game’s title explains, on the Western Front during the last major German offensive operation. This was an attempt to break through American lines to threaten the coast at Antwerp and split the Allied lines. The series has previously focused on bigger operations, but the new smaller scale adds to the m… (read more)
Source: Softpedia News