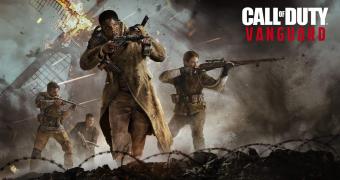 World War II is perhaps the most successful setting even for shooters even after the countless games that turned the bloodiest human conflict inside and out. Is there something new to talk about it? Probably, but it’s much easier to just remix the fan-favorite and throw them on the automated factory assembly line that Call of Duty had become. Read on only if you want to find out why Vanguard is maybe the weakest iteration of the entire franchise.

The yearly CoD games split the audiences in two: those who praise it for its multiplayer or zombie modes, and those who have the courage to point out that the king is actually naked. But this year, with Vanguard, the comparison with The Emperor’s New Clothes is more actual than ever, Call of Duty failing on every front. The success of Warzone encouraged Activision to focus solely on milking that gimmick, and this year the cracks of the franchise are undeniable.

For a while now the single player part of the CoD games is… (read more)
Source: Softpedia News