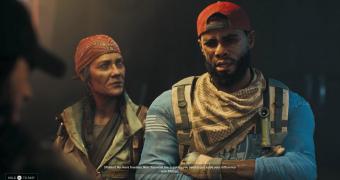 I know what you’re thinking: another first-person shooter I have to play with a controller, and this doesn’t make any sense. At some level, you wouldn’t be wrong, but Back 4 Blood isn’t just a typical shooter.

It’s what many consider the continuation of the Left 4 Dead franchise, a title that has millions of fans all over the world, pretty much on every single platform out there.

And on paper, Back 4 Blood certainly sounds intriguing. It’s a co-op first-person shooter that comes with a cooperative campaign mode, competitive multiplayer support, and what Turtle Rock describes as “extreme replayability.” But let’s just take a look at each of these claims and see how everything actually feels when you get to try them out.

First and foremost, let’s set a few things clear. Left 4 Dead fans certainly know what to expect, but on the other hand, I’ve seen plenty of people claiming this title has nothing to do with Back 4 Blood.

Well, it kind of does, and while comparing … (read more)
Source: Softpedia News