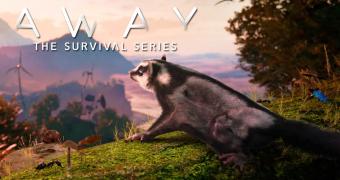 There are some developers that insist to give their games an educational flavor, trying to teach gamers more about subjects such as history, evolution or survival. None of these games end up as household names in the industry, but some of them are at least interesting or entertaining. But there are some that make you scratch your head trying to guess what the developers were thinking. After Ancestors developed by Patrice Desilets, now another bunch of former Ubisot developers brought us a new nature documentary experience.

Although at first glance AWAY: The Survival Series has a very different topic from Ancestors, there are similarities between the two, beyond the resume of the developers. First and foremost, both games are going to be equally successful and memorable, because both seem to struggle grasping what is a fun and entertaining experience. And the main issue is no the topic structured as an interactive documentary, but the game mechanics that are not up t… (read more)
Source: Softpedia News