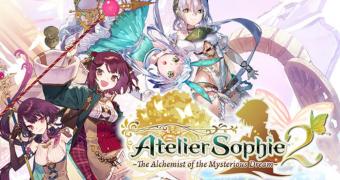 Koei Tecmo announced two game releases during the Tokyo Show 2021 over the weekend. We’ve already told you about Dynasty Warriors 9: Empires, so let’s talk about the second major reveal for the Japanese publisher, the next Atelier series game.

As expected, the game continues the story of Sophie and Plachta’s adventures. After leaving Sophie’s hometown of Kirchen Bell, the pair discovers a huge tree identical to one that Plachta had seen in a dream, and as they get closer, a mysterious vortex pulls them inside.

The game will receive the same visual facelift that combines the art of the Mysterious sub-series with the high… (read more)
Source: Softpedia News