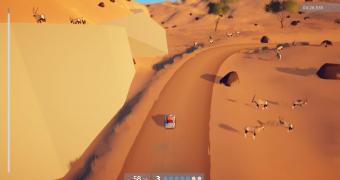 If you’re a fan of racing games, there’s no doubt you’ve already tried the likes of Need for Speed, Formula 1, and maybe Forza and Gran Turismo too if you have a console.

In theory, these games are based on a very similar approach, no matter if they’re supposed to be a racing simulator or just provide an arcade-ish experience: master the art of rally and squeeze every little drop of performance from the engine under the hood in a way that allows you to win as many races as possible.

Developer Funselektor Labs have taken this concept of mastering the art of a rally to a completely new level and eventually created a stand-alone title out of it.

The simply called art of rally, now on PlayStation 5 too, proposes a very simple racing model that may not be everybody’s cup of tea at first, but which certainly grows on you the more you play it.

The first thing I noticed after launching the game is the incredibly awesome tunes. Contrary to what you’d expect from a racing … (read more)
Source: Softpedia News