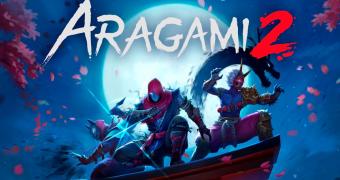 Launched in 2016, the first Aragami became somewhat of an indie reference when it comes to stealth games. The unforgiving mechanics and the lethal enemies forced players to think carefully before making even a step, fully exploiting the tactical abilities just to have a chance. So, what could be better than a lone ninja striking form the shadows? According to the developers from Lince Works a bunch of them.

If you were a fan of what the first Aragami stood for, you are in for a disappointment. Gone is the challenging gameplay and the enemies that were scarry strong and incredibly smart. Aragami 2 focuses rather on the co-op experience, dumbing down the original formula and offering repetitive maps with faceless enemies that can easily be defeated by just one player.

If you fancy value more the idea of playing with other 2 players, rather than facing actual challenges, than Aragami 2 might be your cup of tea. After going through the tutorial, you will know the … (read more)
Source: Softpedia News