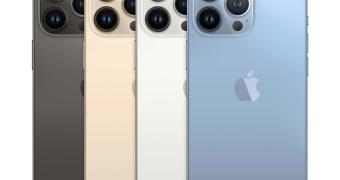 Apple launched the iPhone 13 with much fanfare earlier this year, and since then, the company has been working around the clock on bringing the device to all customers across the world.

But the whole thing has been particularly challenging, especially because of the component shortage that impacted Apple as well.

And right now, if you want to get an iPhone 13, it’s almost impossible to find one with same- or next-day delivery, especially as the Pro and Pro max models are currently out of stock in the majority of large markets out there.

Apple is actively working on dealing with the whole thing, but a recent report from Digitimes indicates the company wouldn’t be able to deal with this problem until February next year.

In other words, the iPhone 13 will continue to remain in short supply for three or four months until Apple finally manages to align the production with the demand.