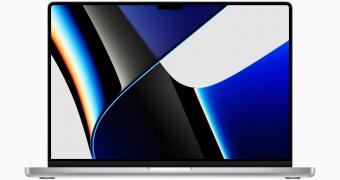 Apple launched the new-generation MacBook Pro earlier this fall with one highly controversial addition: the infamous notch, which originally debuted in 2017 on the iPhone X.

However, as compared to the version available on the iPhone, the notch that comes on MacBooks makes less sense, as Apple isn’t using it as the home of Face ID.

In other words, the notch is there only to hide regular sensors and a front-facing camera, though other PC makers out there have found more modern ways to integrate these into their devices without chunky bezels in the first place.

So asked by the WSJ why the notch doesn’t come with Face ID, Tom Boger, Apple’s VP of Mac and iPad product marketing, had a very simple reason: it doesn’t make any sense to offer Face ID when Touch ID is already available on the laptop.

No need for touch either