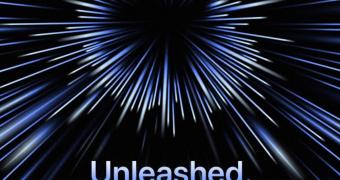 Apple has announced its second hardware event of the fall, this time called Unleashed and projected to take place on October 18 at 10.00 a.m. PT.

The online venue will be hosted at the Steve Jobs Theater on the Apple Park campus in Cupertino, and it’s expected to witness the debut of new MacBooks.

The company took the wraps off the new iPhone 13 generation and the Apple Watch Series 7 last month, so naturally, the next devices to receive a refresh are part of the Mac lineup.

While the Cupertino-based tech giant has obviously remained fully tight-lipped on the lineup of devices to see the daylight at the show, it’s not a secret that Apple has been working on updated versions of MacBook Pro models with 14-inch and 16-inch displays.

Of course, people familiar with the matter have suggested Apple is working on all kinds of improvements for its devices, including a more modern design – this is something that obviously makes sense, es… (read more)
Source: Softpedia News