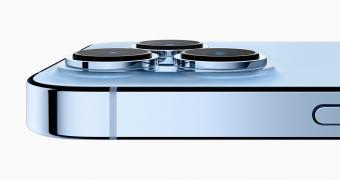 The iPhone 13 Pro comes with several worthy upgrades as compared to its direct successor, the iPhone 12 Pro, and as it turns out, all of these have generated a substantial cost increase for Apple.

In other words, the Cupertino-based tech giant is paying some $20 more to make an iPhone 13 Pro as compared to an iPhone 12 Pro, according to an analysis made by TechInsights.

Samsung, on the other hand, spends a lot less for the Galaxy S21+, as building this device comes with an estimated build cost of just $508.

The good news is that despite the increased build cost, Apple hasn’t actually raised the prices of the iPhone 13, so the same pricing as for the iPhone 12 was maintained for the new models too.