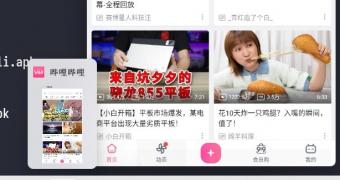 One of the most important new features coming to Windows 11 users is support for Android apps, as Microsoft will allow everybody to install mobile apps from the Amazon Appstore right on their PCs.

This feature, however, isn’t yet live, despite Windows 11 currently rolling out to users, with Microsoft needing more time to make it happen.

And while insiders are likely the first ones to get their hands on Android app support, it looks like this release may not be too far, as WL has come across screenshots originating from China and showing some Windows 11 devices running apps built for Google’s mobile operating system.

In other words, Android apps have been spotted out in the wild running on Windows 11, which means Microsoft is currently running a limited test that could soon be expanded to more users out there.