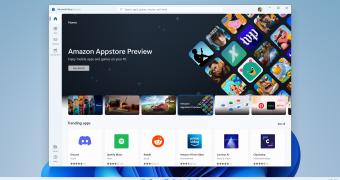 Microsoft has already released a preview of the Windows Subsystem for Android to select members of the Windows Insider program, with some 50 Android apps currently available for testing on Windows 11.

But on the other hand, the skilled developers out there have managed to completely unlock the full potential of the Android world on Windows 11.

So instead of sticking with the 50 apps that are officially supported on Windows 11, they found new ways to install any Android apps on the new operating system, including even the Google Play Services.

WSATools is an application that made the whole thing extremely straightforward, essentially allowing users to install Android apps on their Windows 11 devices with just a few clicks.

Published in the Microsoft Store, WSATools was one of the best apps in this regard. Until this week, that is, as the app suddenly disappeared from the Store for no clear reason.

No answer from Microsoft

The developer of the ap… (read more)
Source: Softpedia News