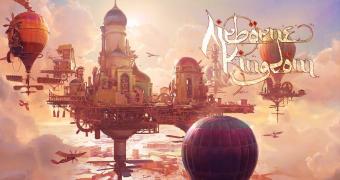 The first game signed by The Wandering Band proves to be a relaxing and endearing experience thanks to its concept and art style. The unusual city builder literally takes you to the clouds in order to build a flying marvel and discover the secret behind an ancient prophecy. But can it soar on consoles after conquering the PC kingdom or will it crash land in the desert of forgotten memories?

The first thing that makes Airborne Kingdom stand out is the exotic art style that not only makes you feel like the architect of a story straight from the Arabian Nights, but makes you feel excited about the wonders hidden in the world. Building a floating kingdom that brings harmony and prosperity may sound like a tall order but keeping the citizens happy is the real trial.

Airborne Kingdom can be best described as a city builder with a twist, that requires a careful management of the resources scattered around the land. Since you cannot land, you will have to move around to… (read more)
Source: Softpedia News