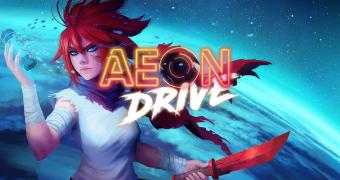 A quick throw of my red dagger teleportation device (dagporting? teledagger?) gets me past a beam of death. A suite of wall jumps leads me to an enemy I chop down expertly before flinging the teleport item again to move faster to the nearest wall. I fail to expertly wall jump again, and I think I have no more time. I shoot my teledagger up, but I connect to nothing. As the countdown reaches zero my character dissolves. I am ready to run again, but hopefully with a better result.

Aeon Drive is developed by 2Awesome Studio and published by Critical Reflex. The game is offered on the PlayStation 5, the Xbox Series X/S, older platforms from both Sony and Microsoft, the Nintendo Switch, but I played it on the PC using Steam.

The narrative is built around Jackelyne, a space ranger that moves through a futuristic version of Barcelona. She seeks items needed to repair her ship (inter-dimensional travel is involved) and that involves moving through the cyberpunk location, g… (read more)
Source: Softpedia News